1950’s Music – The Genres that Defined the Decade

1950’s music.  It was the decade that fired rock ‘n’ roll into the mainstream and created the concept of teenagers. It was the decade in which the foundations of pop music were laid, to be built on in the years to come. For young people, the 1950’s was a cultural revolution. Popular culture made the jump into something a little more rebellious. Whether it be the raw rock ‘n’ roll of Elvis, the melodic country sound of Johnny Cash or the rhythmic blues of Ray Charles, the 1950’s was a decade full of musical innovation and variation.

Rock ‘n’ roll music was born from a fusion of rhythm and blues and country. Emerging in the early 1950’s, the genre began the chain of events that would result in the creation of rock; metal, punk, indie, britpop, grunge and the rest. The pioneers of rock ‘n’ roll included the king himself, Elvis Presley, as well as Jerry Lee Lewis, Buddy Holly and Chuck Berry, to name a few. Classics such as Johnny B Goode (which at the time many people were not ready for, but their kids were gonna love it), Jailhouse Rock and Rock Around the Clock inspired teenagers worldwide and shocked their parents in equal measure. Listen to Chuck Berry’s Johnny B Goode here.

However, 1950’s music wasn’t all swaying hips and gelled-back hair, as country music also evolved during this decade. Artists such as Johnny Cash and Hank Williams made their mark, introducing rockabilly influences and making dancing to country music possible. Finally. Cash was famous for playing to prison inmates, a trend which would continue beyond the decade and result in Cash’s famous live album At Folsom Prison in 1968.

Rhythm and blues also had a huge impact on 1950’s music. Emerging from the jazz and blues of the 1940’s, artists like Ray Charles helped inspire genres such as soul, Motown and funk. The upbeat bluesy nature of the music brought the New Orleans scene to the mainstream and inspired a new wave of jazz and blues fans.

Well, that sums up the 1950’s nicely. Tune in next week for a roundup of the swinging sixties! In the meantime, why not check out our amazing bands available to hire? 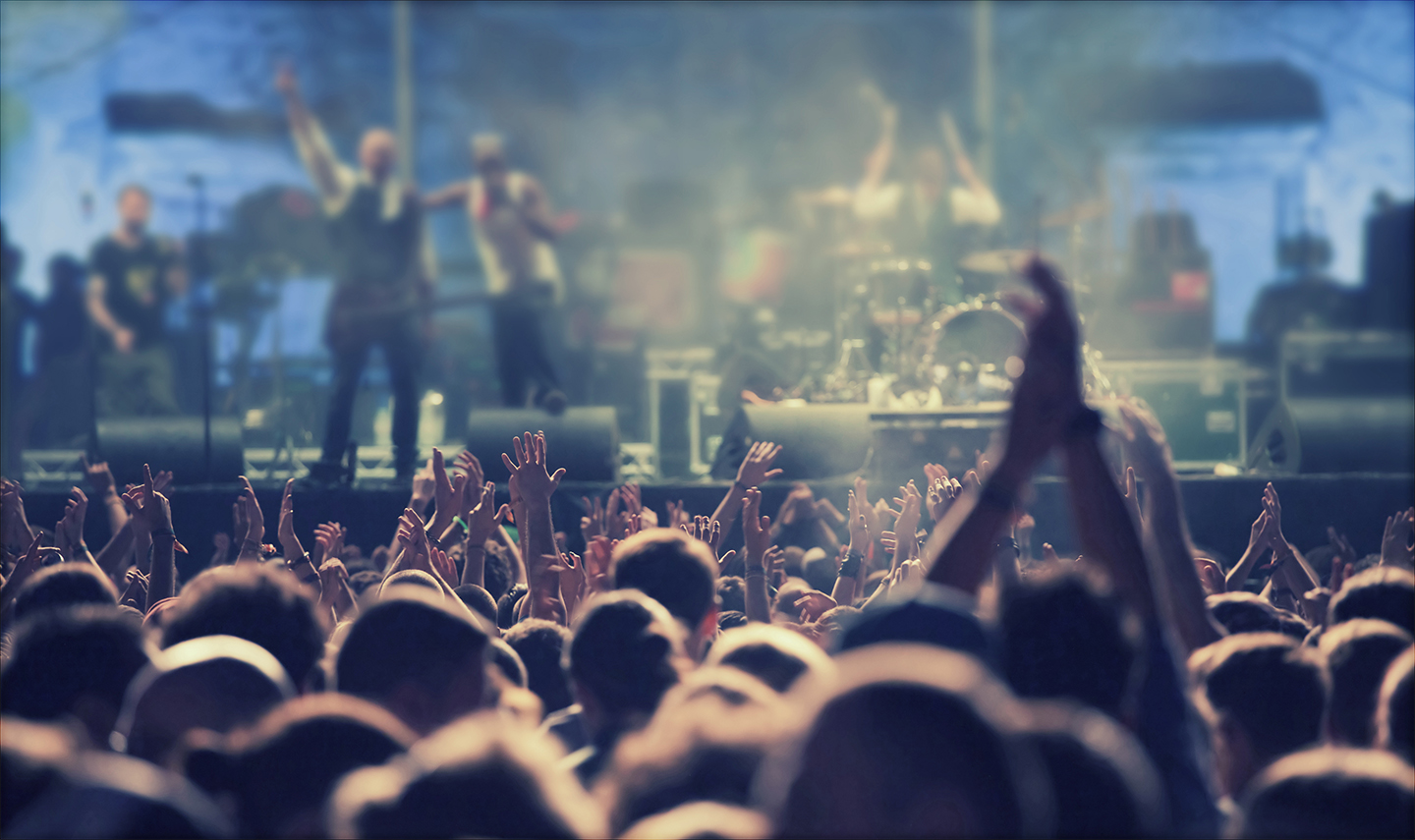 LiveBand Entertainment are here to help you make an impression. Our high quality acts will help you create memories you and your guests will never forget. Find out more >>